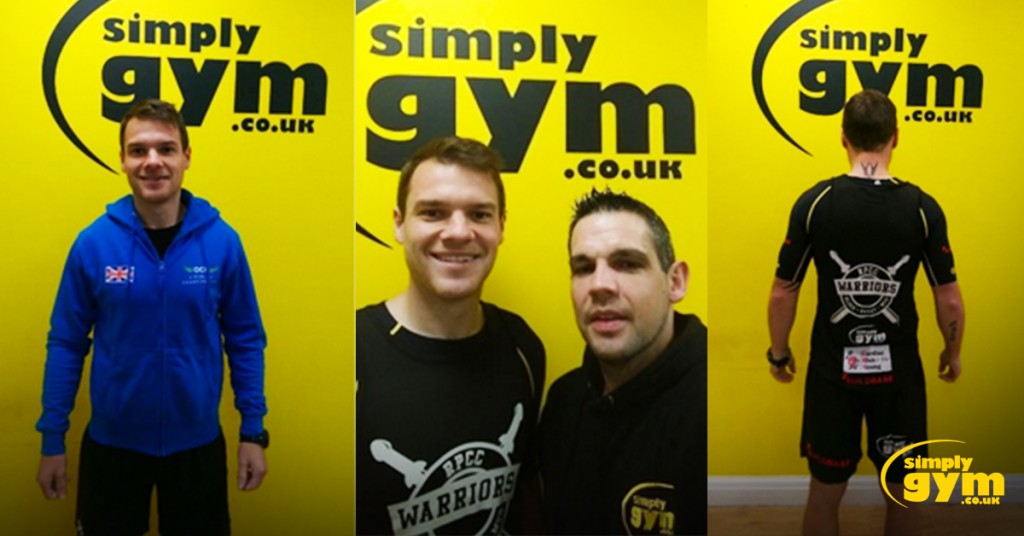 One of our most dedicated members Matthew Jackson has recently qualified for the UK and World Obstacle Race Championships. The first of these competitions is taking place in Ohio USA on the 17th of October. Along with Simply Gym Chesterfield’s personal trainer Gavin Holmes, Matthew will be flying out to compete alongside elite obstacle race athletes of a world class standard. By coming 24th out of 1000 people in the Nuts Challenge race, a 28km race, he secured his place in the world championships.

Matt’s story is an inspiration. At the age of 25, he suffered a cardiac arrest due to the rare condition Wolff-Parkinson-White syndrome which is an extremely rare condition that affects roughly 1 in 400,000 people.

This meant that his previously very active life which involved football, boxing, and racing motorbikes had been reduced to struggling with a short walk.

In addition to this, Matt has battled with other illnesses affecting his bone density and posture, but he has not let that stop him!

He vowed that following the cardiac arrest and subsequent coma, he would build up to his former fitness level. Not only did he successfully do this, but through attending regular gym sessions, circuit and indoor cycling classes, and personal training with Gav, he has exceeded his aims and taken on challenges such as the JCB Mud Run, Endurer Dash, Mud Sweat and Beer, and Mad Monk.

He regularly plays football and attends additional fitness sessions away from the gym and has demonstrated that through sheer determination and hard work you can overcome anything.

“It is a pleasure to train Matt, as well as train alongside him outside of the gym. He is a dedicated and willing client who does not let any obstacle get in his way. A true inspiration!” (Gavin Holmes – Personal Trainer)