Shailesh joined Simply Gym back in May of this year over concerns of high blood pressure and cholesterol along with type 2 diabetes. He also wanted help to kickstart his weight loss and fitness regime after hitting a plateau.

To help with mobility and conditioning issues he decided to use the help of Franky Tallett, a Strength & Conditioning Level 4 Coach and a Level 3 Personal Trainer who is based at the Simply Gym in Kettering.

At the beginning Franky and Shailesh worked on basic mobility & functional movement concentrating on the hips, lower back and core strength as well as uni-lateral work with the upper body.

Over a period of sessions Shailesh’s basic strength and mobility improved and with the added bonus of weightloss meant his range of movement through the hips and knees had vastly improved and after some encouragement he decided to give Simply’s  Indoor Cycling classes and Kettlebell classes a try.

Franky says ‘ to begin with, Shailesh would struggle to Row 5-10 minutes now he comfortably works through an intense 45 min Indoor Cycling Class ! He can Deadlift efficiently lifting close to his own body weight and can perform more explosive lifts like the Power Clean which is something he could of only dreamt of doing a year ago ‘

Shailesh feels better now than he has done for many years, he has lost four and a half stone in total, his medical conditions have vastly improved with his blood pressure and cholesterol levels being on point. Shailesh also says his mobility & flexibility is around 80% better than it has been and he is even contemplating a half marathon for 2019!

Shailesh is a fantastic example that it is never too late to embark on a fitness journey. His consistency has not only helped him with weightloss and his overall fitness, but more importantly his health concerns are no longer a burden to him.

What a fantastic way to end the year Shailesh. Well done ! 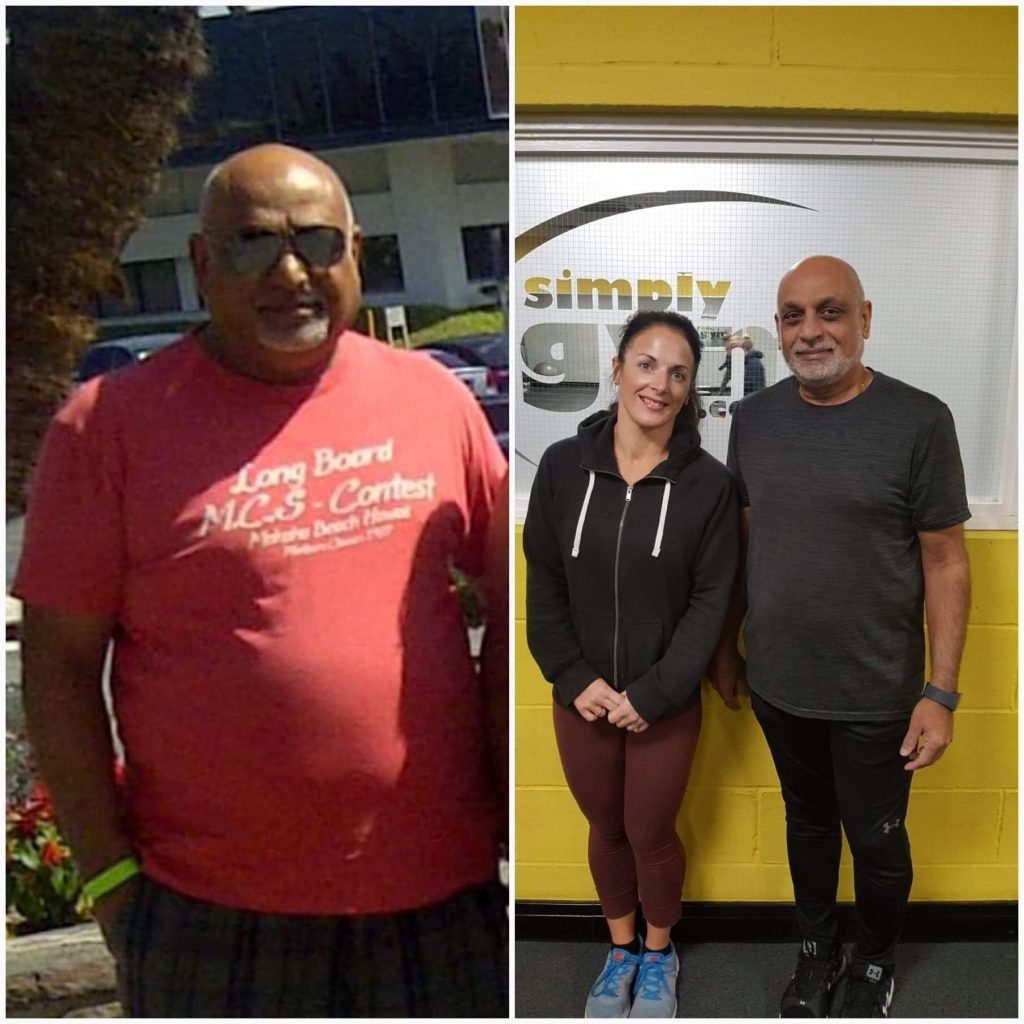