We’re shining the spotlight on some of the most inspiring people in fitness that you should know about! From a 93 year old fitness instructor to football legend Lionel Messi. 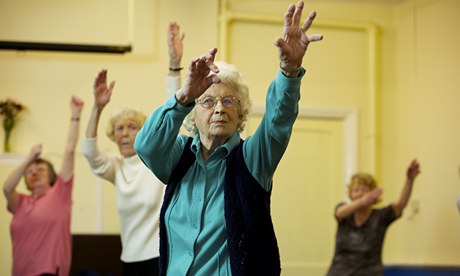 This particular individual proves that age really is just a number! The 93 year old Teeside-born great grandmother has been attending fitness classes for over 70 years, as well as recording a long list of personal achievements (including being a gifted pianist, being a member of the Red Cross and Christian Aid for 40 years and President of Saltburn Methodist Church Womens Fellowship for more than 50 years). She now devises her own lessons and teaches her “manageable eight” students through music. 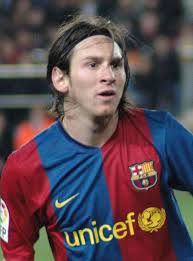 Being one of the world’s greatest football players is an achievement very few players in history are branded. However, what makes Argentina’s Lionel Messi’s story greater was HOW he achieved the status. Aged 8, he was recruited to play for Newell’s Old Boys, a Rosario-based club. He was recognisably smaller than the other boys, and was diagnosed with a hormone deficiency which affected his growth. However, his immense talent shone, and after impressing Barcelona FC, he signed for their academy, aged 13. His medical bills were paid for by the club as his parents couldn’t afford them, and his progress continued. He is now considered one of the all-time greats, which makes him an inspiration to anyone with the desire to succeed in any sport.

Jack had a rare condition called Proximal Femoral Focal Deficiency, which prevents limbs growing properly. He took a brave decision to have his right leg amputated after being in and out of hospital with excruciating pain. He tried to live a normal life in school, and became frustrated he couldn’t partake in sporting activities while his friends could.

With the odds stacked against him, Jack went on to become a personal trainer. This has led to him becoming an incredible example of inspiration, by proving that any setback can make you stronger. He also appeared in the opening ceremony of the Paralympics in 2012, which lead to him being scouted by a modelling agency. See more of his amazing story in this video;

“I don’t just have willpower, I AM willpower”.

This is the tagline by which Jon Calvo is known. His incredible story started when he weighed over an astounding 340lbs. However, 2 ½ years later, due to hard work and dedication, he has become a “must follow” figure in fitness. For his story, watch this inspiring video;

Former pro wrestler Page had great success in the squared circle. However, his influence in the fitness industry tops any prior achievement. One specific story tells his audience how he transformed 47 year old’s Arthur’s life. He was a 297lb man, with an inability to walk. Arthur had previously been a part of the Gulf war in the United States of America, and too many jumps as a paratrooper took its toll.

Page came up with a rehabilitation programme for Arthur to help find his former self. The results were outstanding, with the following video raking up over 10 million views on YouTube.