Dave tells us about his transformation at Simply Gym, Shrewsbury: 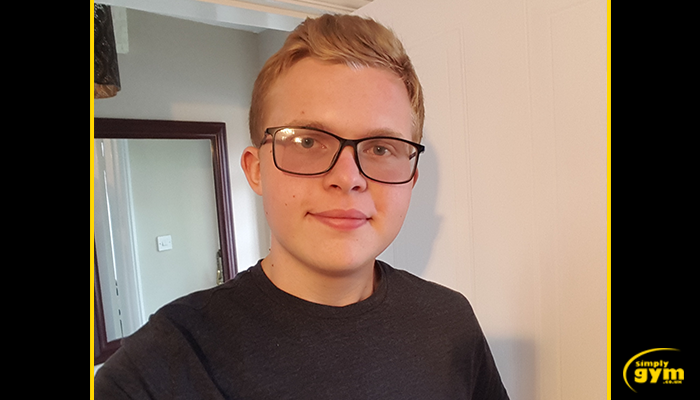 After reading the article on the Simply Gym blog about Beth’s transformation story, I thought it would be a good idea to get in touch to speak of my transformation as well. Currently, I am studying in my local sixth form college, in my second year. I joined Simply Gym Shrewsbury in early March this year, midway into my first year of college.

I spent the first five months doing up to an hour of cardio five/six days a week as well as a drastic change of diet. I started weight-based training in the past two months or so and I have lost just under five and a half stone! When I joined I weighed in at 17 stone and 9 lbs; I now weigh 12 stone and 4 lbs… 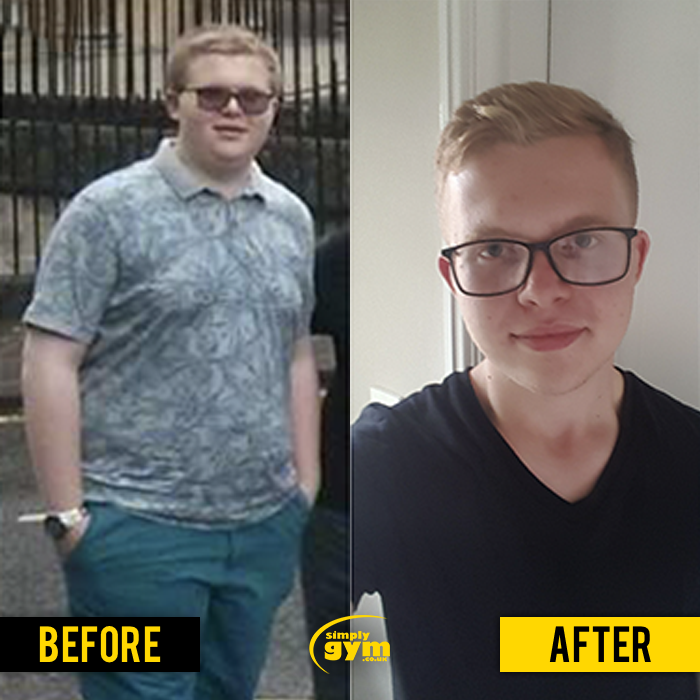 I have attached a picture of my transition (unfortunately the pictures are only from before joining Simply to today as I had no idea what my journey would amount to hence I didn’t think of documenting it, regrettably).

Before I started sixth form, my lifestyle was rather sedentary and my diet included the three main meals a day along with repetitive snacking. I ate nothing healthy at all and my weight ballooned. When I joined sixth form, my lifestyle completely changed. I was walking a lot and eating less than I did previously. Then, in March of this year, I had noticed that I lost weight in the sixth months since joining sixth form and proceeded to purchase a weighing scale. On the 7th March I weighed 17 stone 9 lbs which, in retrospect, makes me wonder how much I must have weighed at my heaviest. As a result of this, I decided to completely overhaul my lifestyle, in order to increase my incredibly low self-esteem and confidence, by joining SimplyGym.

“This was a step into the complete unknown but I had to do it by myself, for my own benefit, physically and mentally.”

This was a step into the complete unknown but I had to do it by myself, for my own benefit, physically and mentally. I had no idea how I would achieve my goal, neither did I know what my goal was. First of all, I completely cut down on my food intake; simply eating breakfast, lunch and dinner in reduced portion sizes and eliminating snacking entirely. In terms of drinks, I removed all sugary/unhealthy drinks from my diet and instead stuck to water, tea, coffee, and milk. My diet included healthy food options solely, something which was a shock to the system and difficult to stick to; yet I knew that I had to do it to progress. I put this down to willpower and determination, qualities that I’m extremely grateful that I possess. 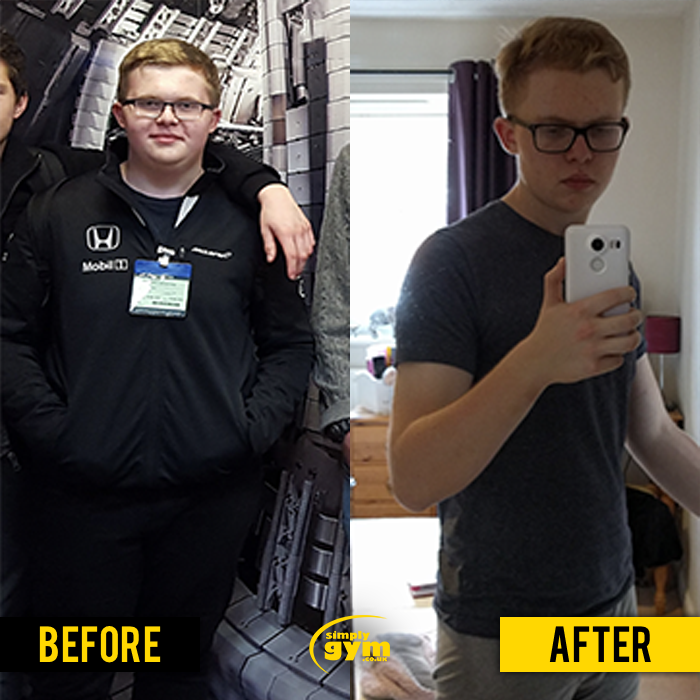 In the gym, I began by doing up to an hour of cardio 5/6 times a week. This was a combination of the exercise bike and the cross trainer, as I don’t get along with the treadmill. Alongside this, I added low weights and high reps on the weight machines, varying machines each time I went. This continued for five months, something extremely difficult to maintain in concept, but I managed it! I put it down to the motivation I gained from seeing my weight go down rather quickly, which led me to keep on going. In the last two months, I gradually moved from large amounts of cardio to primarily free weights as my weight loss was stagnant for almost three weeks. However, my BMI was in the healthy category for the first time I could recall.
To begin with, I started with three sets of shoulders and two sets on chest and biceps. I began lightly as my strength was quite low, but continuing to regularly go to the gym allowed me to increase my strength and my sets. Currently, I do four to five sets on shoulders, five sets on biceps, two sets on triceps and three sets on chest, all varied from day to day, alongside 30 mins of assorted cardio per week.

Right now, my weight is at 12 stone 3 lbs exactly, 5 stone 6 lbs less than in March this year and I have lost ten inches off my waistline in that time. Currently, my plan is to build my physique and I have the same level of motivation now as I did when I wanted to lose weight.

My journey continues and, although not many people were tuned in to helping me through the toughest part of it, I was determined to carry on no matter how tough it would be. I did all the research myself and pushed my body to the limit to achieve my goal. I didn’t use a personal trainer nor did I have any other help, but I am not bothered by that in the slightest. I will continue to push myself to achieve further goals I set myself and look forward to doing so. For people reading this and looking to do something similar, keep at it. If it doesn’t come easy to restrict your diet and push your body to the max, think about what the result will be and the pride you will give yourself for achieving something incredible. You will feel like a much improved, confident, respectable person if you set a difficult goal and achieve it. Think about the mental and physical benefits of the end result and do what your future self will thank you for. If I could completely change my lifestyle, you can too.

If you’ve got a transformation story, get in touch!